THE McCLYMONTS INTERVIEW - THE IMPORTANCE OF HONESTY IN MUSIC CREATION

PALAYE ROYAL’S REMINGTON LEITH - AN INTERVIEW ABOUT ‘THE BASTARDS’

AN INTERVIEW WITH MICK THOMAS - ‘SEE YOU ON THE SIDE’

LONDON CALLING....A MESSAGE FROM TIM WHEATLEY - IN HIS OWN WORDS

IN CONVERSATION WITH TASH PARKER - THE WEEKEND
Advertisement

He’s 23 years into the game at this point. His game of choice? Aussie Hip Hop. He’s been called the Godfather of WA’s Hip Hop scene dating back to 1996 when he first got together with his group Downsyde. It’s my boy Optamus, and on September 20 he releases his sophomore solo album (his first since 2010), A Hero’s Concerto, at The Rosemount Hotel in North Perth. Joining him on the occasion is Mantra, Rob Shaker, Bitter Belief, Dazastah, DJ Tek on the decks along with up and comers Trisk, D-Vine, Laybl, Dekstah, Bkame, Greesy and Jamahl Rider. That’s a stacked lineup if I’ve ever seen one.

It is a surreal feeling at this point, I have worked hard but also been extremely fortunate to be a career hip-hop artist for a very long time.

I caught up with Opt this past week and asked him about how he feels about his career 23 years deep.

“It is a surreal feeling at this point, I have worked hard but also been extremely fortunate to be a career hip-hop artist for a very long time. I think creatively speaking, risk taking is a big part of what motivates my day to day studio sessions. If its too safe I have already done it, inspiration is a beautiful thing and I experience it nearly everyday”

I asked him how he decided when its time to focus on his solo stuff and how he navigates that when its time to get back in there with Downsyde
“Well its usually the initial intention to write a song that determines the outcome but man, songs become one or the other, sometimes they start off as a solo project but then become Downsyde, or vice versa.”

He does a lot of work in the prison system, using a Hip-Hop program with inmates across WA. I was really curious to ask him about the success stories that have come with that endeavor. 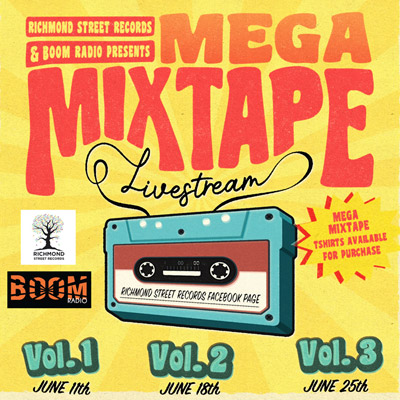 “There are many success stories but I am mainly driven to curb the recidivism trap many of our First Australians face. 80% of all kids incarcerated in WA are Aboriginal, that’s a f**ked systemic problem and I am, along with my team, going to do my best do change it.”

There’s no doubt about it, Optamus is a passionate, compassionate and caring human being. This always spills over into his music, you know this guy has a real good heart. I asked him to tell me a little bit about his sophomore album A Hero’s Concerto.

“A Hero’s Concerto to me means anthems for those who struggle in anonymity. My biggest hero’s are people like my Mum and Dad who had 7 mouths to feed and very little money, but worked tenaciously so us kids didn’t go without. The album dances between different narratives, with the classic Downsyde sounding Jazz and soul bounciness but then fires off into much darker territory. There’s a lot of experimentation with newer trappier production styles combined with the sonic punch of more traditional boom bap, we like to call it BOOM TRAP (laughs).”

What is next for Optamus and Downsyde after the release of the album?

“Optamus the three-piece band will be playing a bunch of shows then we’ll be heading straight back in the studio. Downsyde are currently working on a concept album called Iceland, which will also be performed as a Hiphopera in October and then will be toured nationally and internationally (fingers crossed).”

He’s still a young man despite his longevity in the scene. He started out when Aussie Hip Hop wasn’t even a thing, and 23 years later it dominates Aussie airwaves. With that much longevity, after accomplishing so much, what else is there to do?

“More longevity – bridging many generations and finding new ways to channel my creativity in a positive way. I love the influence and power that can be achieved by having an authentic voice and putting those words into affirmative action.”

What can people expect from the upcoming album launch with Rob Shaker on September 20 at the Rosemount?

“Its going to be an epic night, packed to the walls, Rosie is our Syllabolix HQ. For years we have sold out the shows with crazy energetic crowds that span ages, and fans of all genres of music. Our fanbase is eclectic and passionate. We have guests from all around Australia including one of Australia’s best rappers (IMO) Mantra from Melbourne and  an epic line up of local artists.”

One final question I leave Optamus with, I had to know what he thinks of the state of Aussie Hip Hop and the music industry in 2019?

“Its evolving, and for the most part, I love where its heading. I think its our responsibility to guide the industry as we are the biggest genre in the world and in Australia, you only have to look at the success of my good mates the Hoodies to see how far we have come. In 2000 its was 120 people at Hyde Park Hotel now its 12,000 people which is f**kin insane. Keeps long time lyricists like me in the industry for many years to come and I love that!”

There’s no doubt about it, this show is going to be off the chain and it’s the beginning of yet another chapter in the career of Optamus, which has shone so brightly in the past with even brighter skies ahead. Be there to see it in person next Friday night at The Rosemount Hotel in Perth.

STRIKE FOR THE CLIMATE

DAYS WENT ON FOR EVER