Review - Even After by Charlie Mitchell
Advertisement

‘Lose Your Head’ is the third track to be released from London Grammar’s forthcoming studio album Californian Soil, set for release on April 9, 2021, via Dew Process.

Following on from ‘Baby It’s You’ and title track ‘Californian Soil’, ‘Lose Your Head’ is also co-produced by lauded electronic pioneer George FitzGerald, who also co-produced ‘Baby Its You’.

Lose Your Head premiered last night on Annie Mac’s BBC Radio 1 show, arriving as the very first Hottest Record of 2021. The single embodies a new clarity of purpose centred around frontwoman Hannah Reid, who crafts a message of femininity and power on the new material.

Co-produced by lauded electronic producer George FitzGerald – who also co-produced the band’s hugely successful return single Baby It’s You, which spent 2 months on the Radio 1 A List – Lose Your Head showcases not only the band’s talent but also newfound energy at the heart of this new iteration of London Grammar.

Speaking about Lose Your Head Hannah Reid said, “Lose your head is about power and control in relationships. The lyrics are quite dark, but I wanted to show the song in an upbeat way”.

Californian Soil is the irrefutably beautiful third album from London Grammar, whose success and longevity as a band has traced the British pop graph for over a decade. Their debut double platinum-selling record If You Wait garnered huge success upon its release in 2013, which was followed by their #1 record Truth Is A Beautiful Thing in 2017.

To date, the band have sold 3 million records and 1 million tickets globally, whilst their music has been streamed 1 billion times. Having garnered numerous BRIT nominations and awarded a prestigious Ivor Novello, London Grammar remain rooted as one of the most exceptional and successful artists of a generation. 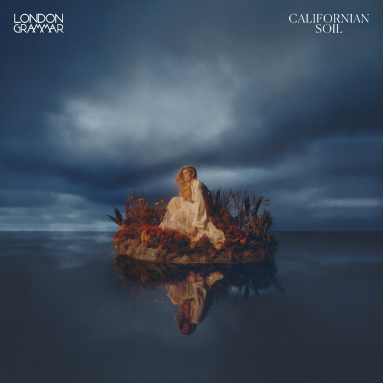 About London Grammar:
London Grammar is Hannah Reid, Dan Rothman and Dot Major. The band released its double platinum-selling debut album If You Wait in 2013, followed by their gold-selling album Truth Is A Beautiful Thing in 2017.

They’ve garnered numerous BRIT nominations and have been awarded a prestigious Ivor Novello Award for songwriting and composing. The band has worked with an array of contemporary talent and brands, including Paul Epworth, Dior and Disclosure, and in 2019 Hannah Reid featured on Flume’s hit Let You Know.

London Grammar has sold out numerous Australian headline tours, wowed the Sydney Opera House, and played an envious list of sold-out tours and headlined festivals across the globe. Most recently their track Hey Now (Arty Remix) was featured on the hit show Normal People.

In this article:#newmusic, #nowplaying, London Grammar, New Single Release
Up Next:

Review – Even After by Charlie Mitchell

Review: Millionaire by The Dalmatians